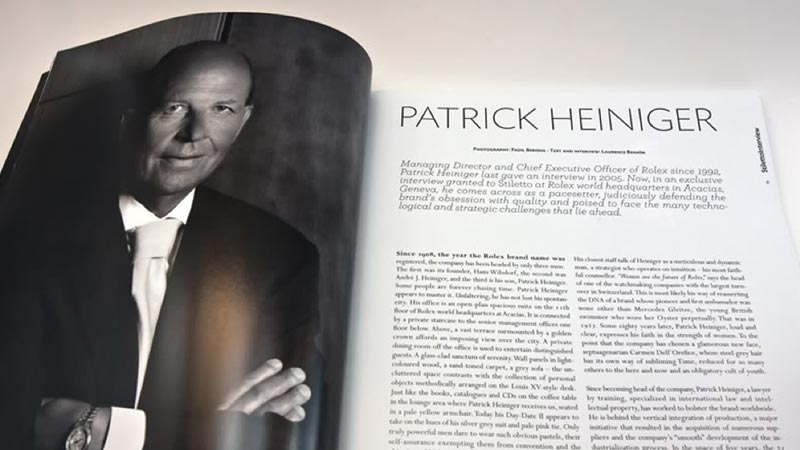 Zurich, March 4, 2013 (AFP) – Patrick Heiniger, the former Director of the prestigious Rolex watch brand, has died in Monaco at the age of 62, reported Monday the Swiss Agency ATS. Patrick Heiniger had led the watchmaking group from 1992 to 2008, taking over the reins of the company from the hands of his father, André Heiniger, who had himself succeeded in 1963 Hans Wilsdorf, the founder of the watchmaking company. Patrick Heiniger was chevalier de la Légion d’honneur and commandeur dans l’ordre des Arts et des Lettres. It was inaugurated in 2005 in Plan-les-ouates, Geneva watchmaker district, the building where the cases and bracelets of Rolex watches are manufactured. After almost half a century of presence of the Heiniger family orders, leaders have proliferated at the head of Rolex. Bruno Meier, a former banker, had resumed its sequel in 2009 before being replaced in 2011 by Gian Riccardo Marini, who previously headed the Italian subsidiary of the mark to the Crown. Patrick Heiniger funeral will take place in the privacy in the Cathédrale Saint-Pierre in Geneva.
Rolex belongs 100% to a Foundation, the Wilsdorf Foundation, created by Hans Wilsdorf, who had no direct heir.